LA Get Down Night 4: Saturday 4/22 – Bridging the Gap – Legendary Poets

The lives of two poetic visionaries are put on display in an intimate setting and discussed.  This show will consist of poems, stories and a brief Q&A session. 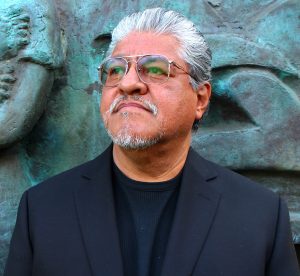 Luis J. Rodriguez is a novelist/memoirist/short story/children’s book writer as well as a community & urban peace activist, mentor, healer, youth & arts advocate, husband, father, grandfather, and great-grandfather. He has 15 books in all genres, including the best-selling memoir, “Always Running, La Vida Loca, Gang Days in L.A.” His latest memoir is the sequel, “It Calls You Back: An Odyssey Through Love, Addiction, Revolutions, and Healing.” His latest poetry book is “Borrowed Bones” from Curbstone Books/Northwestern University Press. Luis is founding editor of Tia Chucha Press, now in its 28th year, and co-founder/president of Tia Chucha’s Centro Cultural & Bookstore in the San Fernando Valley. And he’s co-convener of the Network for Revolutionary Change. For Luis poetry is soul talk, a prophetic act, a powerful means to enlarge one’s presence in the world. 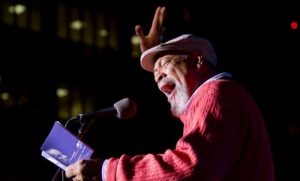 A mythic figure in the Southern California arts scene, Kamau Daáood is a performance poet, educator and community arts activist who is widely acknowledged as a major driving force behind Los Angeles’ black cultural renaissance. “I am a devout artist, a poet. I have honed my skills in small community arts venues. I have witnessed the power of the arts as a vehicle for self-discovery, revelation, inspiration and healing. Words, sounds, shapes, colors and movement used to build bridges of understanding between human hearts. Art is a higher language beyond our native tongues. It is the light that cuts through dogma and spiritualizes our moments and grounds us in the sacredness of time.”